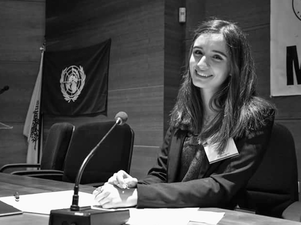 Dimitra Stamkopoulou
​
Dimitra was born and raised in Thessaloniki. She is currently studying Biology at the Aristotle University of Thessaloniki and is in her third year of her studies. From an early age she discovered the beauty of MUN conferences and has since taken part in numerous such conferences both as a student and as a university student. Her bond with ArcMUN is especially strong as she has been participating with eagerness for 8 years now, occupying various positions.
Besides her love for MUN, she also enjoys dancing and travelling to new places. Additionally, she is fond of studying new languages while fluent in English, German and Spanish.
Dimitra will serve as the Secretary General of ArcMUN2017 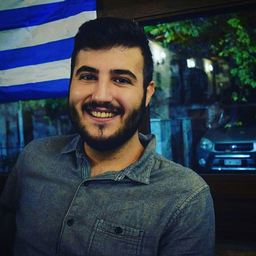 ​Alexandros Angelakis
​
Alexandros was born and raised in Thessaloniki. He is studying mathematics at the Aristotle university of Thessaloniki and is in his 4th year of studies. The first time he participated in MUN was at the age of 13 as the delagate of Slovenia. It was a disaster but that didn't stop him from participating again and in the end he fell in love with the world of MUN. He has been participating in ArcMUN for 8 years now. Besides MUN, he enjoys driving, dancing in parties, even if he is terrible dancer and travelling all around the world , not only to see new places but more importantly to meet and speak with foreigners. 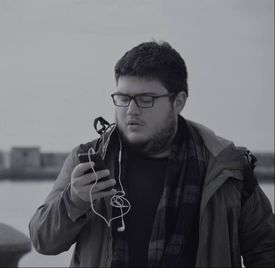 My name is Christos Zois and this year I am honoured to serve as the Deputy Secretary General and as one of the chairs of the 2nd Committee of the General Assembly (ECOFIN) of the Aristoteleio College Model United Nations 2017.
I am 20 years old and for the past three years I have been studying in the Law School of the Aristotle University of Thessaloniki. I began participating in simulation conferences as a high school student and ever since I have been a part of simulation conferences as a delegate and a chair in Greece and abroad as a member of the European Youth Parliament. My MUN experience though began in the first year of my studies and I have participated in both student and university sessions. In my -non existing- free time, I like listening to music, reading books and watching my favourite series.